This month I’m participating in the Blogtober Challenge and will be posting daily so watch out for more regular updates. Today my challenge is ‘Five – ten things about you’.

I’m very much in favour of navel gazing if there’s a self-improvement angle involved – otherwise, I have a tendency to just self-indulge.

This first assignment has a pretty loose brief. That sounds great but I usually like to focus on a specific issue and I’m fairly strict about sticking to that very defined brief because I do a lot of work as an activist now. It’s also writing about me. I tend not to focus on myself. I have no problems with using my experiences as examples but I’m not a natural exhibitionist and I tend to find my own life quite uninteresting. It’s what I do with my abilities that matter to me. What I do in my day-to-day is actually pretty dull!

I realise that I’m not selling myself very well but I believe in managing your expectations! I also wanted to make my excuses up front. In my twitter blurb, I describe myself as a ‘writer, sex positive feminist, fashionista, glamazon, mother’. I think that’s a good place to start.

Clearly, I’m a writer. I studied French Language and Literature – with Art History on the side – at college because I didn’t get the grades for English. I always had jobs where I had an excuse to write and I loved everything about it. Seriously, I could enjoy writing reports on the agricultural economy – as long as I could be creative with language. The fact that I’ve worked with statistics, research and analysis is a positive for me. I don’t just review makeup – and I wouldn’t want to. I hope that I can use my literary and analytical talents to raise awareness of issues that mean something to me as well as things that entertain and amuse.

I often say that I’m multifaceted as an explanation for the varied topics I cover. I don’t think there’s anything the matter with eclecticism – in fact, for most of my readers, I’m a good solution to the pressures they’re under when it comes to time. I know that because I am like them. Well, a version of them with less social skills and really crap clothes – but I feel their pain too.

In short, I write for busy people who have a wide variety of interests and who are open minded and enquiring. Sure, they love a vote on nail polish colours – but they’re not averse to feeling disgusted by the UN’s recent decision to allow Saudi Arabia to take the initiative on civil rights issues.

That leads quite neatly on to my status as a ‘sex positive feminist’. I almost wish I hadn’t written that. Actually, I really wish I hadn’t.

Starting with sex positivity…let’s just say that I believe that everyone should allow the wonderful bodies that they’re born with to give them as much pleasure as possible – whether it comes to enjoying food, looking at beautiful art, listening to music, dancing, talking or having sex. Sex is free. Sex is fun. Sex is exciting. It gives me a lot of confidence and I find it fulfilling. I enjoy the intimacy as much as the physical sensation involved.
And now feminism. I write that word and I can hear a mighty can of worms explode behind me…so I’ll start at the beginning, be succinct and hope that we can all still be friends in the morning.

Make no mistake, I believe in equality. Let me make that absolutely clear. Personally, in many ways, I find my gender superior. We tend to work differently. In business women are proven to be more intuitive. We network in a more collaborative style. We are more nurturing mentors. On the other hand, I can appreciate the ability men have to lead in a single minded fashion – it works at times. Everything has a place in the world. We should appreciate each other’s strengths and use them together. We can learn from each other.

The simple fact, though, is that gender equality does not exist in our society. In the UK, the Equal Pay Act was passed into law in 1970. In government organisations – to this day – work is still underway to evaluate pay and structure in order to ensure that men and women have parity of salary.

And that’s just pay. I can talk about the fact that I run with only one ear phone in because I feel the need to make sure that I’m safe. I’m pretty sure that most men I know don’t do that. I know they don’t endure a critique of their breasts while walking with their daughters in the street – as I did yesterday. And, no, I don’t find it flattering. One of my daughters is 4. She can understand the language. She doesn’t use it but she knew what was being talked about. The other is 21 months old. Living in a society where a group of men can sit in a public place and verbally objectify the body of a woman pushing a toddler in a buggy disgusts me.

I know that people hate the term ‘feminist’. I accept that – but it doesn’t mean that they don’t believe in its philosophy. Women’s rights are not more than those of others – just as LGBT rights aren’t. Nobody should feel threatened by the fact that I campaign for my daughters and I to be equal to everyone else in society.
Let’s draw a line under that.

I want to move on to my status as a ‘fashionista’. That’s not an idle threat…I actually am a specialist in the economics of fashion. I don’t consider the subject matter frivolous or anachronistic.

I was the archetypal plain Jane stuck in a small town dreaming of a beautiful life full of pretty things – a place where the seasons meant a change of wardrobe, not new agricultural equipment.

All I wanted was to be able to dress stylishly without being laughed at by the people who lived all around me. In truth, they weren’t cruel – it’s just that fashion has no place in the counties. Fashion hasn’t changed there in the 40 years I’ve been alive.

Please don’t tell me about your Hunters. I had some when I was 8 – and I will never wear wellies again. I won’t go to festivals either – mud is a novelty to a city dweller. To me, it’s a step back to a time and a place that I’ve worked hard to forget about.

The truth now is that I know my fashion but I don’t need to. If you’re a regular reader, you’ll know that I get a little bit down about the fact. I found getting dressed in the morning exciting before I started breeding. Then it got hard – I was used to my mornings being the opening montage from The Devil Wears Prada. Now they involve a feverish scrabbling through the laundry basket and a silent prayer to the goddess of style. I think that’s pretty typical for many of us. I was a little bit precious. Now I’m pretty everyday.

Ahh, ‘glamazon’. Hmm…let’s just say that, when I put it on, I pull it off. Thank fuck that I’m funny and flirty, though. That’s got to make up for many of my shortcomings. Having kids has changed my routine and my look. I’m all for the statement lip now – especially since I discovered that it takes half the time of my signature smoky eye. Top tip there, dear readers!

Lastly, motherhood. I have two daughters. My parenting style is pretty hands off and they amaze me. They’re better daughters than I am a mother. They’re smart, funny and beautiful. They’re everything I would want to be. They changed my priorities when it comes to writing.

I never write about parenting because my avowed intention with Sophie’s Voice is to produce a blog for people who want a moment when they’re them. Not parents – but the people they are at the heart. However, I can’t deny the influence my children have had on me and my work. They were the trigger I needed to start this blog and, in terms of my work as an activist, they are an inspiration.

Having typed that sentence I’ve realised that I should add a couple of extra terms to my description. I am an activist. I campaign on body positive issues and I advocate for a couple of causes that I believe in strongly. I’ve kept that number small because I want to give them my best efforts.
Finally, I think I can call myself a ‘free spirit’. I don’t conform to most stereotypes. I’m a suburban, full time, stay at home mum who does this when the kids are asleep and works as a digital marketing and social media consultant for a few friends. I campaign against the current porn censorship laws – because they aren’t even handed – but I think that there should be an opt-in on adult content for wi-fi subscribers. I’m a mass of contradictions at first inspection – but I can assure you that there will always be a method in my madness.

As soon as my youngest daughter goes to nursery in January, I will be able to do much more with my time. I can’t wait to be able to devote more time to my third baby – and to all of you. 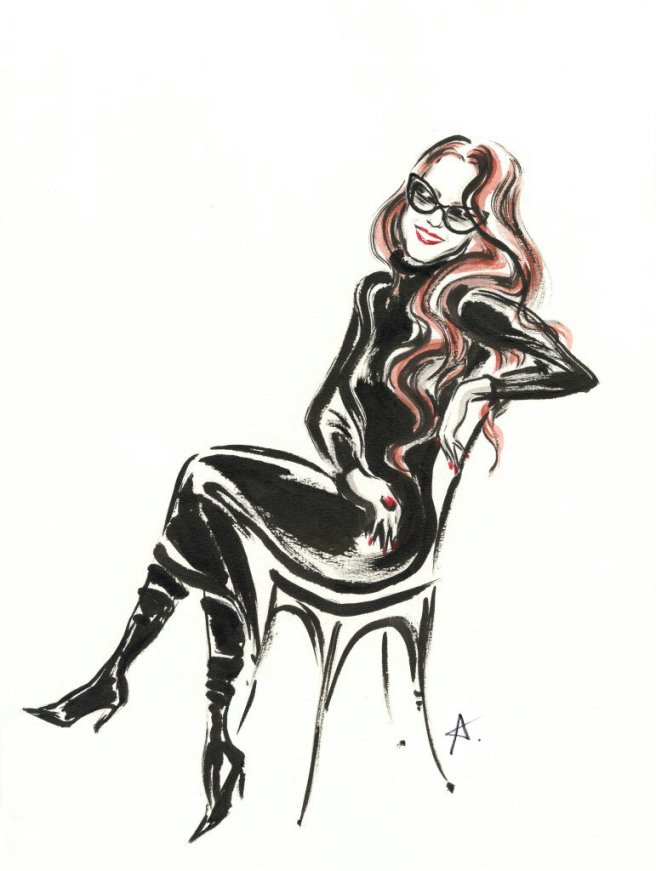