Congratulations are apparently in order. If you’re still single, hold on to your self esteem – as one of the most evil men of our time is engaged and, if you’re anything like me, it’s bound to make you want to barf.

This baffling romance is being celebrated in the media, showing the couple smiling on red carpets and kissing each other. Like geriatric Beckhams.

Is it the large fortune Jerry Hall is attracted to? It’s not his scrotal face or his cold, dead heart. Have you ever seen the man being interviewed? He has the charisma of a dead baby joke. Am I being mean? By the end of this article I hope you’ll see this is probably the sweetest way I could describe this real life bad guy.

Rupert Murdoch is one of the richest, most powerful men in the world. Like many ridiculously rich people, Murdoch accumulates his fortune with bank accounts in tax haven countries. He doesn’t just take advantage of tax loopholes, he expands his empire with rigged tax laws written by lobbyists who are on his payroll.

A business magnate who abuses his media power to spew propaganda, mainly (and, arguably, most dangerously) demonising Muslims and denying climate change, to further his own corrupt, financial agenda. His British papers such as the Sun, are full of histrionic anti Muslim rhetoric.

The UN Ambassador for Human Rights even stated that the UK tabloid press was comparable to the Nazi propaganda against the Jews. In 2003, The Daily Express ran 22 consecutive negative front page reports about refugees and asylum seekers in a single 31 day period.

Rupert Murdoch owns shares in Genie Energy which explores for oil in the Golan Heights, Israeli occupied Syrian land. This is why his news outlets continuously encourage war and military attacks in Syria and Palestine – because Murdoch financially benefits from the destabilisation and continued war in the the Middle East.
It is unethical and immoral for The Sun, Fox News and Sky News not to disclose the information that shows their boss personally profits from war, devastation and the destruction of the planet.

He is also a climate change denier – which is convenient as his fortune is earned from the blood of the planet. Fox News repeatedly debates global warming, despite the fact that World Health organisation published a study stating that – from 2030 – climate change will lead  to 250,000 extra deaths a year.

Climate change is already responsible for around 300’000 deaths a year and affects over 300 million people who are now displaced or have to move to where there are resources. The gas leak in California happening right now is billowing hundreds of methane gas into our atmosphere and they have no idea how to stop it. This is an imminent and serious threat, which let’s face it, Murdoch doesn’t care about because he will most likely no longer be here to deal with the disaster his fortune has cost the planet.

He’s a real life Mr Burns, only uglier and less amusing, and Miss Hall has decided she likes the role of Smithers, bowing to her master and telling him how wonderful he is. A yes woman, who ignores her lover’s place in the world and his clear links to war crimes and immorality.

Over the last year we have seen the bodies of children, washed ashore like human litter, creep into the mainstream narrative. In an article in The Sun newspaper – written by an irrelevant, vacuous foghorn of hate whom I refuse to acknowledge – refugees were compared to “cockroaches”. I want you to understand that history will show Murdoch to be comparable to the Hitler of our time. This is not hyperbole, it is simply a fact.

He profits from war and climate change then has the audacity to demonize the people who are fleeing violence, chaos and climate related famine of which he is is in part responsible for creating.
We are living in a sick society with a massive deficit of love and compassion caused by the greed of men like Rupert Murdoch, who we have allowed to brainwash and enslave us.

So congratulations to Rupert and Jerry, the loved up power couple. I hope they have a very happy life together gazing out hopefully, standing on top of the corpses of millions of brown people who have died for their luxurious, wealthy lifestyle. Uch. 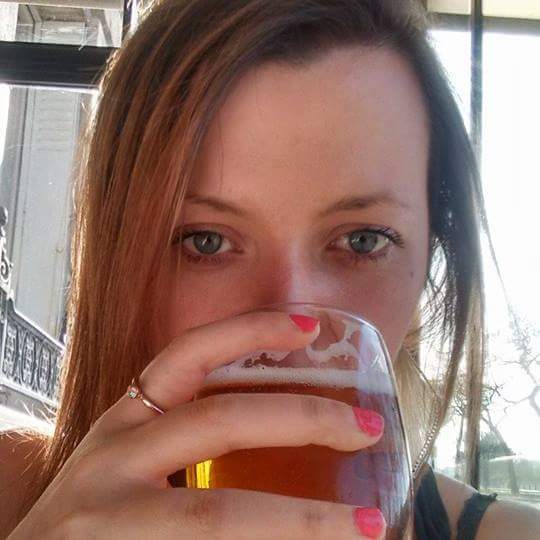 An aspiring journalist dedicated to telling the truth. Honest about my bias, I am basically against anything that kills people or the planet we live on. A one woman media militia, trudging through the trenches of the hate and propaganda that is mainstream news. The revolution will not be televised, it’s on the internet.